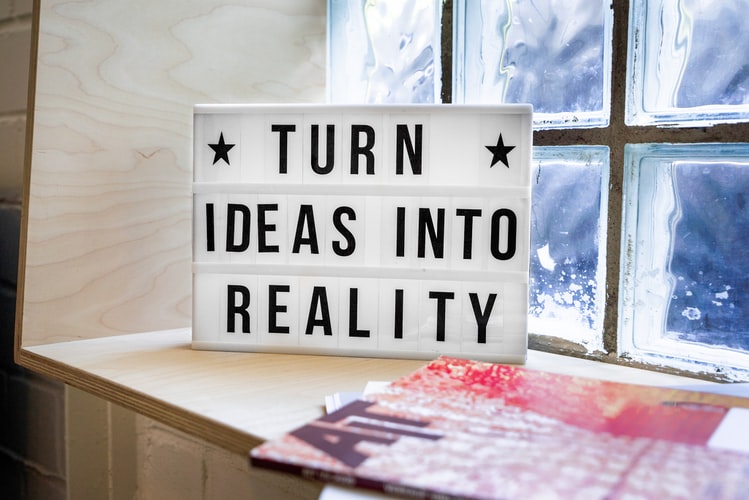 Are you here to know about the most creative digital marketing ideas?

Before that, let’s first understand the meaning of creativity. Creativity is an essence that can stand your content out of the crowd.

Marketing is not only about content. It includes creativity in the form of content, in using media, and imagination.

We are going to present to you the most creative digital marketing ideas which can boost your business.

It can help to increase sales and your conversion rate.

Make strategies that can make consumers use your product

Let’s get started with the most creative digital marketing ideas in the market.

Sounds weird, right?. Well, this is a life-changing idea for a company.

Buyers do not know the correct spelling of each product. They normally type the word based on their sound.

Racold takes benefit of this situation to grow their business. While other companies focused on keyword research.

Racold focused on spelling errors made by buyers while searching for a product.

The company has collected over 1.3 million misspelled keyword searches.

This creative idea helps the company in getting 16x ROI. Only by spending 1/10th of the closest competitor.

Air quality is essential for every living thing on earth. Even though we all know it is the 5th largest killer in the world.

Out of 20, 13 cities are from India under the most populated cities.

Asian Paints come up with an idea to promote their Royal Atmos paint by connecting them with air pollution.

They planned to integrate their communication with rising AQI questions.

The company’s main aim was to make people realize that inside air is 5x more harmful than outside.

India is a country of dreams. Parents aspire their children to become successful.

But these expectations results in high mental pressure.

Mirinda recognized this problem. So they come up with a solution for the students to raise their voices. The hashtag used is #releasethepressure.

As per the report, India is among the top 3 countries on teen suicide.

They started an open letter program. By inviting their parents they ask them to read these letters and pledge to release the pressure.

It was done on TVs, Radio. 120M bottles were in the market with these letters.

As a result, the company gets,

Women’s empowerment is very important in India. Women are victims of social barriers.

Meesho enters the market with the aim to empower women.

The company connected with women who are aspirational and aged between 25-45.

Living in Tier 1,2,3 cities to run the business online.

The idea was a hit.

MTV launched the show ACE OF SPACE. To increase the show rating, the channel comes with a unique idea.

The show provides contestants with tasks to survive in diminishing spaces.

In India, people usually use mobile phones while traveling. This is the root cause of idea generation.

The show comes with a mobile game. The game has voice detecting AR technology.

The players have to blow on the mic to save 3 people stuck between two walls. So that they can win Oneplus 6.

People are becoming more and more health-conscious. However, most people are unaware of Iodine deficiency disorder.

As per the report, 200M people in India suffer from Iodine deficiency.

So, on World Iodine deficiency day, TATA salt takes a step and educate people about it.

Their campaign idea was #MissingI.

This campaign coincided with Match day. Leading cricketers to put stories with missing I hashtags.

It trended for almost 17 hours. It generates 113M impressions by reaching to 23Mn people.

IPL is India’s biggest sporting tournament. Fill with entertainment, emotions, rivalries, and an endless supply of snacks for crucial moments.

Too Yumm! comes with bigger plans. They wanted India to switch to baked snacks and therefore gain SOV(share of voice) during IPL.

Consequently, they set-up a command center. So that they continuously monitor trends and conversations that were taking place online.

Moreover, they were supported by a 3 tier advocate network. So as to amplify their message of choosing a hashtag #bakednotfried.

As a result, the company has created:

For kids playing outside after school is the best time of the day. But a thing as tiny as a mosquito can create so much fear in moms that they might not allow their kids to go out.

So when Goodnight mosquito roll-on wanted to demonstrate the moms and kids about the benefits of the product.

The company went to the children’s best friend “Chota Bheem” for help.

As a result, they discovered a platform to spread awareness to both the moms and the kids.

So, the company puts the ads. on youtube while they have created a game for the children.

As a result, they reached out to 2.6Mn women and even get 1.1 Mn downloads.

In addition, Fabric roll on featured in more than 18Mn session.

33% of people experienced blocked nose yet only 10% use nasal sprays to teat it.

Otrivin wanted to elevate the importance of treating a blocked nose.

As it was difficult for the company to predict WHO, WHEN, WHERE?

As a solution to this problem, Otrivin comes up with a cold and flu predictor.

In addition, they collected from 13 environmental variables. The specifically targeted only those who suffered from the cold.

As a result, online pharmacy offtakes grew by 100% and the campaign reached out to 8Mn people suffering from the cold within 6 months.

Consequently, the brand value grows up by 36% in metro cities.

The purpose of the campaign was to build emotional equity around homes. By making Asian Paints synonyms with decor.

It gives the opportunity for long-form storytelling as well as to build emotional connections with the customer.

As a result, the company reached 16Mn potential customers.

Getting an outfit is really expensive for Argentinian women. Outfits are chosen for their bold look and vibrant colors.

The only thing that ruined their fashion is deodorant marks. Dove finds an opportunity here for the company.

They partnered with Drafiti, which is Argentina’s largest online retailer women apparel.

Finally, they targeted those apparels that have the highest risk of being exposed to the deodorant stains.

As a result, they started a campaign with Drafiti on social media with a unique catchy line like

Consecutively, white, red, green? Dove did not leave any mark on them.

The company also offered free samples to the customers who purchased the product.

As a result, Dove received a +2x more click-through rate and a +235% conversion rate.

The main task was to build acceptance for the sport leading to likability.

As well as gain momentum for the league.

Sports news acquires a major share on news sites. The target was to replace the sport with Kabbadi.

First, the company found that Dailyhunt news is the leading news providing platform.

Second. 50%+ reach by metros and 150 newspapers across 14 languages. They created a content hub on the Daily hunt.

Finally, they have created:

August 2018. one of the world’s most popular destination was ravaged by the worst flood seen in the century.

As the water receded, a bigger problem surfaced. 90% of the tourists canceled their trip.

Samsonite started a movement that encouraged people to visit Kerala.

As a result, once fearing declines, the state’s footfall increased by a million.

1.5 Mn Keralites got their livelihood back.

The ban on maggie got the most attention of news in the last 2 decades.

Maggie lost the trust of the people. Maggi found with MSG and excess in lead

After months of research, the ban was lifted but credibility was yet to be restored.

It was time to bring positive sentiments towards Maggi.

Welcome back hashtag helped to set the context. In a first-ever FMCG e-commerce tie-up. Sanpseal sold maggie exclusively before it hit market stands.

Key influencers supported the ad which led to the unparalleled response. Press, media houses, and Hotstar partnered to welcome back Maggi.

In an already cluttered Indian market, plenty of brands offering primers. Bobby Brown came up with an exclusive range that provides a specific range of skin solutions for consumers.

The challenge was to educate the consumer on why Bobby is the best and only appropriate solution for their skin.

The idea is to simply to market the primer with unique Indian weather conditions.

However, this was to be done in real-time consumers in the market looking for the product. The company went for a dynamic solution by identifying their in market women consumers across 10 metros.

The content was distributed among lifestyle, luxury, and fashion.

The consumers even before buying knows which prime will suit them.

In today’s internet generation, music is increasingly consumed on the go.

The main aim of the company was to become #1 in music apps, #1 in audio apps, #1 in the top free apps category.

It is done by understanding users through:

It targets the age group of 18-25 as well as Males through devices and females through apps.

Moreover, their consumption drivers are popularity and region.

The company aimed to take the competition with smart data-driven planning.

They design communication bases screen sizes and category users to stand out by focusing on regional local 1500 dynamic keywords strategy.

As per consumer, beer makes everything better. So a drink like that had deserved to be everywhere and anywhere.

But often it becomes difficult to carry beer around or to store it. Then a company realized this problem.

Kingfisher, as a leading beer brand of the country. The company comes with a beer that is free of packaging, easy to store, carry, and drink anytime, anywhere.

The packet comes with two sachets in it.

Just add the sachets into the water and you are ready with your anywhere, anytime beer.

Tata sky launched a mobile application named Tata sky mobile everywhere tv which enables a user to watch tv on the go on the mobile phone.

The company gave the task of communicating the benefit of Everywhere TV app to potential consumers.

This benefitted company in getting 50k downloads.

The above shared creative digital marketing ideas benefitted the business with a very high rate of success.

Each idea is a perfect balance of creativity and intelligence.

We will come up with yet another series of most creative digital marketing ideas. 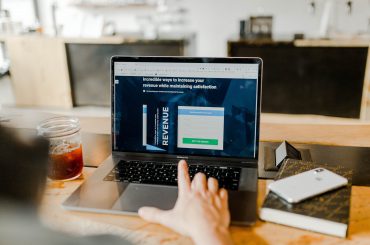 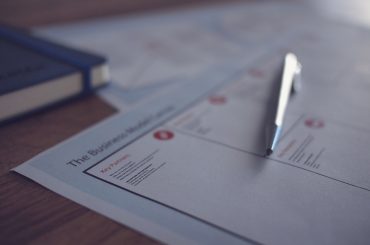 How To Create a Convincing Marketing Proposal? 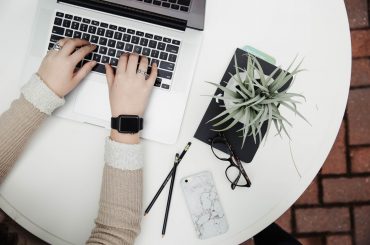 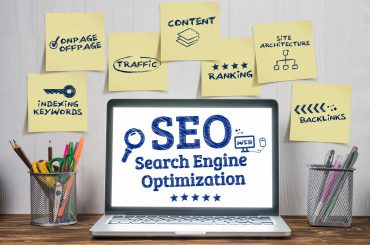